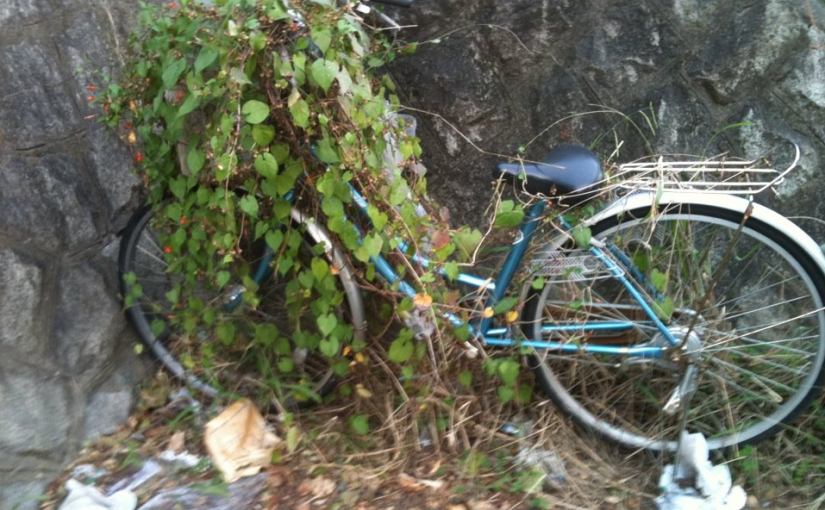 …. we get a call from Mr. Ishii. It’s time to bring the car in for a service and check-up, and yes, he will come to pick the vehicle up, if we give him a time that is convenient to us.

Toyota is a Japanese industrial powerhouse that has its roots firmly in the soils of this land. In 1937, Kiichiro Toyoda shifted the focus of the family loom making business to automobiles and since then the family of Toyoda has been strongly linked to the management of the Toyota brand to see it become the world’s largest automotive manufacturer. Through production method innovation, quality management and firm guiding principles based on the common good, this company has set the standard for others to follow.

It is true that Henry Ford introduced the idea of the production line and the standardisation that that implies. However, think of Detroit and US car production at its heyday and you could also pick out the inefficiencies in the system that led to inordinate amounts of waste from stockpiled parts and components to finished vehicles parked idle in lots awaiting buyers. “Build it and the buyers will buy,” is not an approach that is employed at Toyota. The “Just in time” system in which components and parts arrive at the production line as needed in order to produce a product that is wanted, are at the core of Toyota’s success. Enough parts are stocked to enable assembly, but parts are only replaced after usage and so the need for acres of parts storage facilities is eliminated. The fact that a product is built on demand, also means that vehicles do not sit idle awaiting sale once assembled.

The guiding principles and philosophies of the company as stated on its PR material are not just for decoration. Whenever we deal with this firm, we get a strong sense that they are worthy of trust, take pride in their products and value the customer. This is certainly the case with Mr. Ishii with whom we have had a solid automotive relationship with over the last 15 years that we have been in Tokyo.

To be honest, a car is not really necessary in Tokyo. The train system is so ultra efficient, reliable and safe that taking the option of buying a car and subjecting yourself to endless stop start traffic, horrendous freeway jams and exorbitant running costs seems a total waste of resources. However, the train lines all seem to run to a central point around which other lines radiate out both above and under ground. The quickest route between two points on a map is not necessarily achieved by taking the train, and so a car can be useful. So too, a car is useful around Tokyo in order to get out of the city sprawl to explore the countryside and hills of Okutama and beyond. I can’t really say that I have ever taken the car for a drive in the mountains, but should I be tempted to do so, then the means exist for the desire to be accomplished.

We first met Mr. Ishii when we had saved up enough money to buy a second hand Corolla. His car yard was a short walk from the tiny apartment we were living in at the time and it seemed he had a fair selection of shiny and relatively modern cars on the lot. We were inspecting some of the vehicles on offer, when after a short time a 30s something man in a dark grey suit came up to us and introduced himself as Mr. Ishii, the yard salesman. He appeared to be a rather humble and quiet man who listened carefully to what we wanted without being pushy. He said that within our stated budget there was really only one car that would be suited and that was an earlier model Corolla, which although was only 5 years old, was still considered a “done by” car in Japan. Surprisingly, the car he eventually showed us was a spotless silver, four door sedan that looked almost brand new and had about 30,000 km on the clock. Coming from a land where 30,000km over 5 years seems suspicious to say the least, he assured us that the previous owner had used the car essentially as a shopping trolley and to run occasional errands locally. The car itself was in perfect order and drove like a dream. That was his first sale to us.

I have had some very interesting dealings with unscrupulous car salesmen in the past, probably all connected to the gullibility of youth on my part and the need to make income on their parts. In one instance I fell for a sales pitch that had me buying a Volkswagen Beetle that had been tinkered with by some well meaning but incompetent backyard mechanic, or a series of them. The thing looked great, with its metallic dark blue paint, wide wheels, modified twin weber carburettors and free flow exhaust and on first appearances it was just the car a young guy opts for. After being suckered in to paying the princely sum of $3000, I drove the vehicle home only to find that the more I drove it, the more problems seemed to appear. The racy little steering wheel had an unusual amount of slack in it before actually engaging the steering, the indicators did not work, when the wipers were turned on it resulted in smoke coming through the ventilation system and it seemed that the suspension was being helped along by a brick in the back left hand corner. The only reason I managed to return the VW and recoup the full sales price was that at the time I had some rather hefty friends who could look mean and threatening when called upon to do so. Interestingly the same car was later sold to a colleague of mine at work who confirmed that the electrics were posing a little problem when it rained. Having no recourse to hefty shady friends he seemed stuck with his purchase though. I should have offered him some “heavy” service in retrospect.

In another instance I bought what appeared to be a fine Holden Torana 1850. The exterior had just been repainted a shiny British racing green and it had a wonderful set of fat tyres on it that made it a must have. I seemed not to have learned from the recent VW experience and this one too was a dud as the carpets took on the task of soaking up all and any water that came cascading through the numerous rust holes in the body whenever it rained. I took the car to a local panel beaters and remember that he actually laughed when I asked him to fix the problem, apparently there was not much metal left to do anything with. I dread to think what would have happened had I had an accident in the thing. Probably the motor would have ended up on my lap as there was no barrier other than epoxy resin between me and it. On the upside though, the lack of metal in the body made the car light and highly maneuverable.

What set Mr. Ishii apart was his attention to detail and his after sales service. Always unobtrusive, always polite, always observant and ready to meet our vehicular needs. He rang us when a service was due, he picked up the car for servicing, he supplied us with mountains of brand-stamped tissue boxes and cleaners for the inside of the car free of charge, he sent us calendars and New Year’s greetings; I get the feeling that had I been Jewish he would have gladly attended my son’s Bar mitzvah, if we had had a son.

I suspect that Mr. Ishii cares about the vehicles he sells almost like family members. He appears to have a sixth sense that lets him know when there has been an incident that needs his attention and he also shares with me an inability to comprehend why my wife insists on a tactile approach when driving. Maybe it’s a spatial awareness thing, or lack thereof, but sitting in the passenger seat while my wife hurtles along the narrow Tokyo streets has turned many a passenger into trembling blobs of jelly in the space of 10 minutes. I remember clearly when Mr. Ishii and I went along for a test drive with her. With each approaching car, my wife moved further and further left. Not a problem with that, except for the fact that concrete service pylons are placed in rather haphazard places along the sides of streets in Tokyo; some being almost a step in to the general traffic stream, whilst other are placed firmly against the roadside railings, really there is no pattern. Mostly we watch out for the erratically placed concrete poles, but on this occasion both Mr. Ishii and I were shielding our eyes and bringing up our legs to protect the family jewels, bracing for what seemed an inevitable impact. Luckily it never happened. And equally luckily, my wife was unaware of the trauma she had induced in us. Not sure what he is going to say when he sees the state of our current vehicle which has suffered greatly from the above “keep left” policy, but I will have a box of tissues handy should he need it.

There is no real reason why anyone should trade in a perfectly good vehicle is there? But over the years that we have been in Japan we have owned a series of steeds ranging from a sublime Lexus to the ridiculous, but adorable, current incarnation of the IQ which is really nothing more than a sofa with wheels attached to the sides, a motor plonked in front and more airbags than a mattress showroom. More to the point, Mr. Ishii has helped us with the exchange process along the way; calmly figuring out what he could give us for a trade in, asking what other companies have offered and then equally calmly giving us more on the trade. When the Toyota GT86 came out he saw me salivating over the demonstration model, and knowing my liking for the sporty, he quietly suggested a test drive. However, at the time I was suffering from a lower back issue and seeing how low to the ground the vehicle was, I had to regretfully decline his invitation. I am certain that had my nether regions been up to scratch that day, that I would have driven home in a red sportster and thus proving once and for all the stereotype of the middle aged guy in crisis.

Over the years Mr. Ishii has remained almost unchanged as far as appearances are concerned. It still seems to be the same suit that we saw him in all those years ago, let alone the hair style. What has changed is that our trustworthy car salesman has gone up in the world so that it appears the world about him has changed and he has merely stood still observing it all. From the modest car yard of our first meeting, he progressed to various branches in west Tokyo, and each time there seemed to be more staff for him to manage and more responsibilities to test his mettle. The last time we had dealings with him he was obviously the number one guy at the top of the ladder, yet still he maintained the modest and humble nature that sees us going back when needed. Perhaps he values our return patronage, too, or maybe he doesn’t understand why we are so loyal to him. One thing is certain, he gracefully declines being a passenger on any test drive my wife undertakes.